We received funding last year from the UK-based Iris Darnton Foundation, through the Wildlife Conservation Research Unit (University of Oxford), for the creation of a bilingual conservation education booklet, in Matsigenka and Spanish, for the Matsigenka communities in and around Manu. It is aimed at children but we hope it will appeal to all ages. The main protagonists are a Matsigenka boy acting as the voice of his community and a giant otter as flagship species of the aquatic environment in particular, and of Manu National Park as a whole. The story explores the worlds and perspectives of each, as well as key conservation issues, in a non-judgmental language and in an entertaining, highly visual way. The booklet is co-authored by Gregorio Perez (Matsigenka community leader) and Glenn Shepard and illustrated by a Cusco artist, Miguel Angel Achahuanco. It incorporates several Matsigenka fables contributed by Gregorio. 2000 copies of the booklet have been printed and will be distributed among Matsigenka families in the Manu region early 2015. You can download a PDF version of the book here: Tito intiri Chavaropana.compressed (6.82 MB). 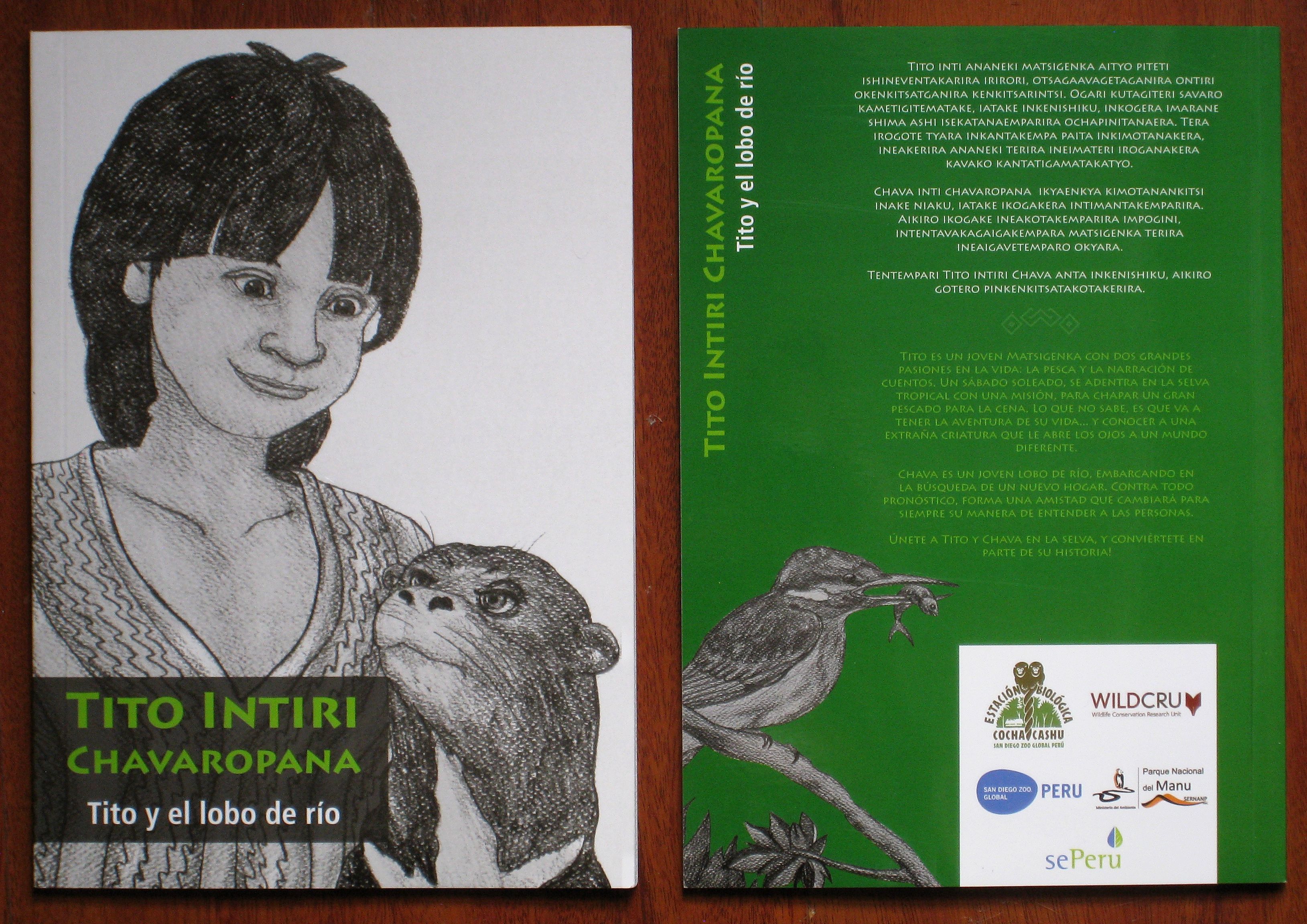